At the beginning of 2020, precisely 270 days after the 2019 elections, 33 Belgian CEOs sent an open letter to policymakers. ‘We don’t want new elections; we want a decisive government’, they said. This went to show that entrepreneurs and businesses don’t have to wait on the sidelines but can take a prominent part in the social debate. We helped these business leaders air their grievances and outlined a clear communication strategy.

Our PR consultants came across the same issue time and again among business leaders at the beginning of 2020: ‘We don’t want new elections; we want a stable political climate. So that we can prepare for the enormous social, technological and macro-economic challenges in the coming decade.’ The type of ‘elephant in the room’ that Bepublic loves to embrace and tackle publicly. After all, ‘newsjacking’, i.e. making or hijacking the news with a relevant story, is the essence of our journalistic approach.

We crafted the letter in close consultation with the story’s initiators – Ingrid Ceusters of the Ceusters real estate group, Jo De Wolf of the listed Montea company and Saskia Van Uffelen of IT service provider Gfi. With specific arguments to underline the expertise and personalities of the CEOs. We then used our extensive network of contacts to involve as many people as possible. The result? Signatures from over 30 other business leaders and even greater impact.

With a clearly outlined PR strategy, we then increased the open letter’s visibility. We also made sure that newspaper, radio and television interviews complemented one another effectively. The national audio-visual, print and online media picked up the story. And there were many positive reactions both from industry and the political world. The message was clear.

We like to get to grips with this type of initiative because we believe in socially relevant communication with tangible effects. We generated publicity for a broadly supported appeal from the business world. In addition, 33 business leaders with a vision were given a prominent voice in the debate, at the same time, positioning themselves as trusted brands in the market. 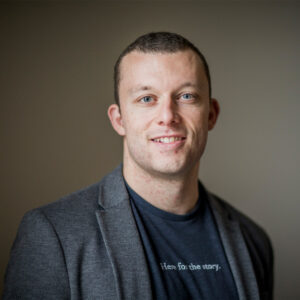